Tim is a twenty-one year employee of the Indiana Department of Natural Resources, Law Enforcement Division where he serves as Coordinator of the department’s Hunter Education program. This program has expanded over the years to include many new and engaging educational programs, such as Indiana’s National Archery in the Schools Program (NASP®). Tim was appointed the State Coordinator for this program in December of 2005. He has since served in a variety of positions including the National Range Manager at the National and World/Open NASP® Tournaments. In 2015, Tim was appointed to serve as a Board Member of the National Archery in the Schools Program.

During Tim’s career, his involvement in the shooting sports and hunting has strengthened his abilities to lead the department’s outdoor education programs to a new level. With over 39 years of volunteering and working to promote outdoor activities, he is a founding member of the Indiana Hunter Education Association and serves as a director on other conservation and shooting sport organizations. He is also a national instructor for the Conservation Leaders for Tomorrow Program, in which he travels the country introducing new individuals to hunting and conservation efforts. Tim holds other numerous training certifications from various organizations that promote and encourage the use of our great natural resources and serves on advisory councils.

He is a 29 year veteran of the St. Anthony Fire Department where Tim has attained his certification as a Firefighter and Emergency Medical Responder. He has held numerous officer positions including: Training Officer, Water Supply Officer, and Equipment Officer.

Tim and his wife Brenda have three children Brad, Jared and Hannah a 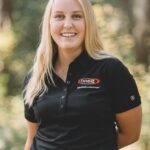 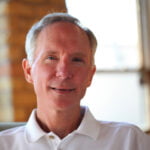