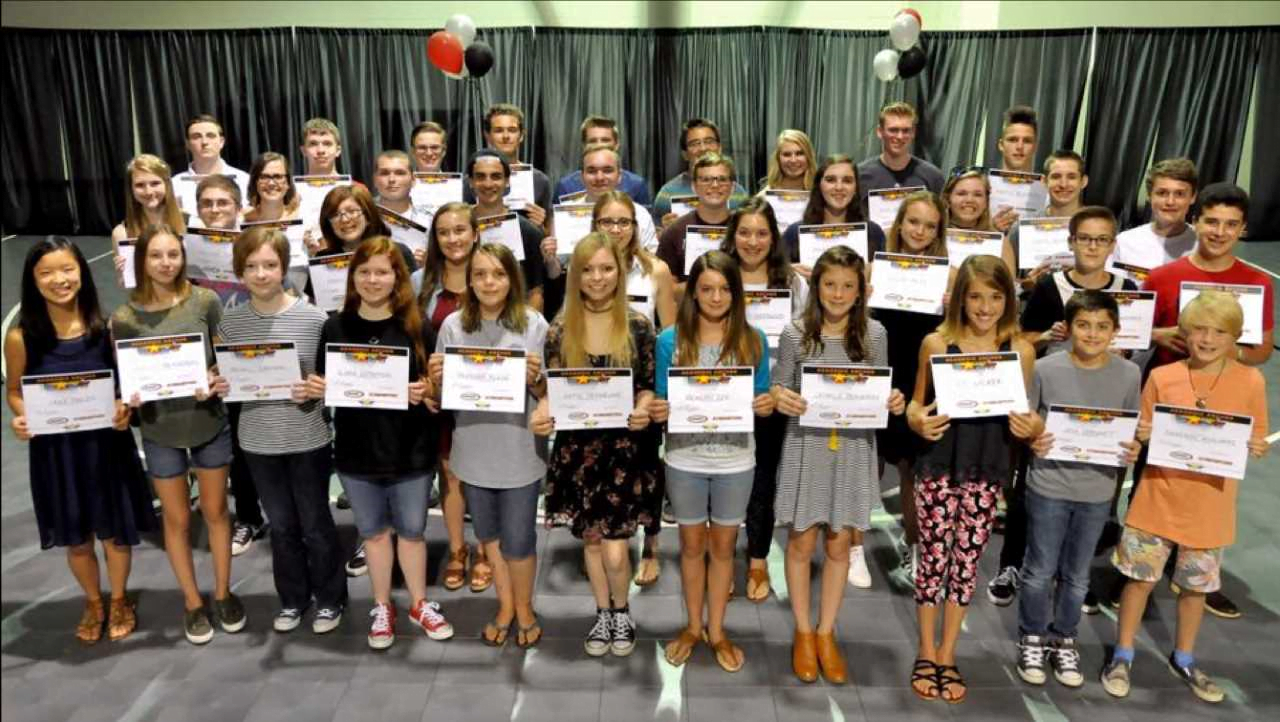 April 3, 2019
NASP® and its partner, Easton Archery care about academics!
The largest youth archery organization in history has experienced yet another historic milestone; over 30,000 students enrolled into its academic recognition program! At the close of the enrollment window on April 1, 31,251 students were nominated by their coaches as NASP® Academic Archers from 47 US states, 3 Canadian provinces and two other countries!

Last year the program that recognizes academic excellence in the classroom hit an all-time high of 25,266 students enrolled from 41 states and several Canadian Provinces. In fact, NASP® has determined that over 54% of all archers that were registered for the Western or Eastern NASP® National Tournaments were also enrolled as Academic Archers!

In its first year of implementation, the program finished with 8,517 students enrolled. Educators from 38 US states and two Canadian Provinces implemented the program with their students. Easton Technical Products, a long time supporter and manufacturer of the only approved NASP® arrow, began discussions with NASP® leadership about the success of the program. Easton quickly recognized the value of the academic recognition program and gladly jumped on board as its financial and title sponsor.
In its second year, Academic Archer had registration for the Academic Archer program conclude with 19,381 students enrolled into the program. Educators from 40 US states, three Canadian Provinces, and schools from the British Virgin Islands implemented the NASP® Academic Archer Program with their students.

Dr. Tommy Floyd, NASP® Vice President and General Manager said. “Academic Archer is so exciting for us as it says that NASP® is not only doing a tremendous job of growing the sport of archery, but that we are being utilized by educators across the globe, as a way to motivate students to perform better in the classroom! Schools are recognizing their Academic Archers on Awards day at the school! This is very exciting because it allows us to introduce ourselves to potential schools with not only a fun and safe archery program, but we feel that we can now tout our efforts to assist educators with their mission to improve and promote academics!”
“In our 2017student survey, student response data indicated that over 40% of our kids attributed NASP® as a motivating factor for them to work harder in the classroom. Programs like Academic Archer recognize this hard work – but we know we could recognize so many more hard working students if we could just get more of the word about it to more schools! In doing so, we truly believe that NASP® is achieving one of its long-standing goals of helping to motivate students for success in the classroom. It is our intention to increasingly send the strongest of messages about how teaching archery as part of the in-school curriculum can be important to the mission of educators.”

“We believe that the more we emphasize in-school archery as an extension of the classroom, the more that educators can use programs like Academic Archer, and the greater likelihood that NASP® will be around to motivate countless generations of young students!”

NASP® President, Roy Grimes offered, “Academic Archer is making a wonderful impact on our program. At our National tournament, there is a profound visual illustration for all to see on how it is impacting student archers. It is exciting to see over half of the nearly 15,000 archers at the end of their competitive flights, raise their hands when we invite Academic Archers to be recognized. This is extremely exciting and rewarding.”

Mark Pezzoni, Easton President said, “I recall a few years ago when Tommy Floyd discussed the idea of the Academic Archer program with me and asked about possible support from Easton. It seemed so obvious that we should support a program that encourages kids to have fun shooting archery, participate in teams, and demonstrate their ability to learn and grow. The growth in the program is a testimony to this solid concept and to the great people who dedicate their time to be involved with NASP®. Thank you for allowing Easton to be a small part of allowing this to happen.”