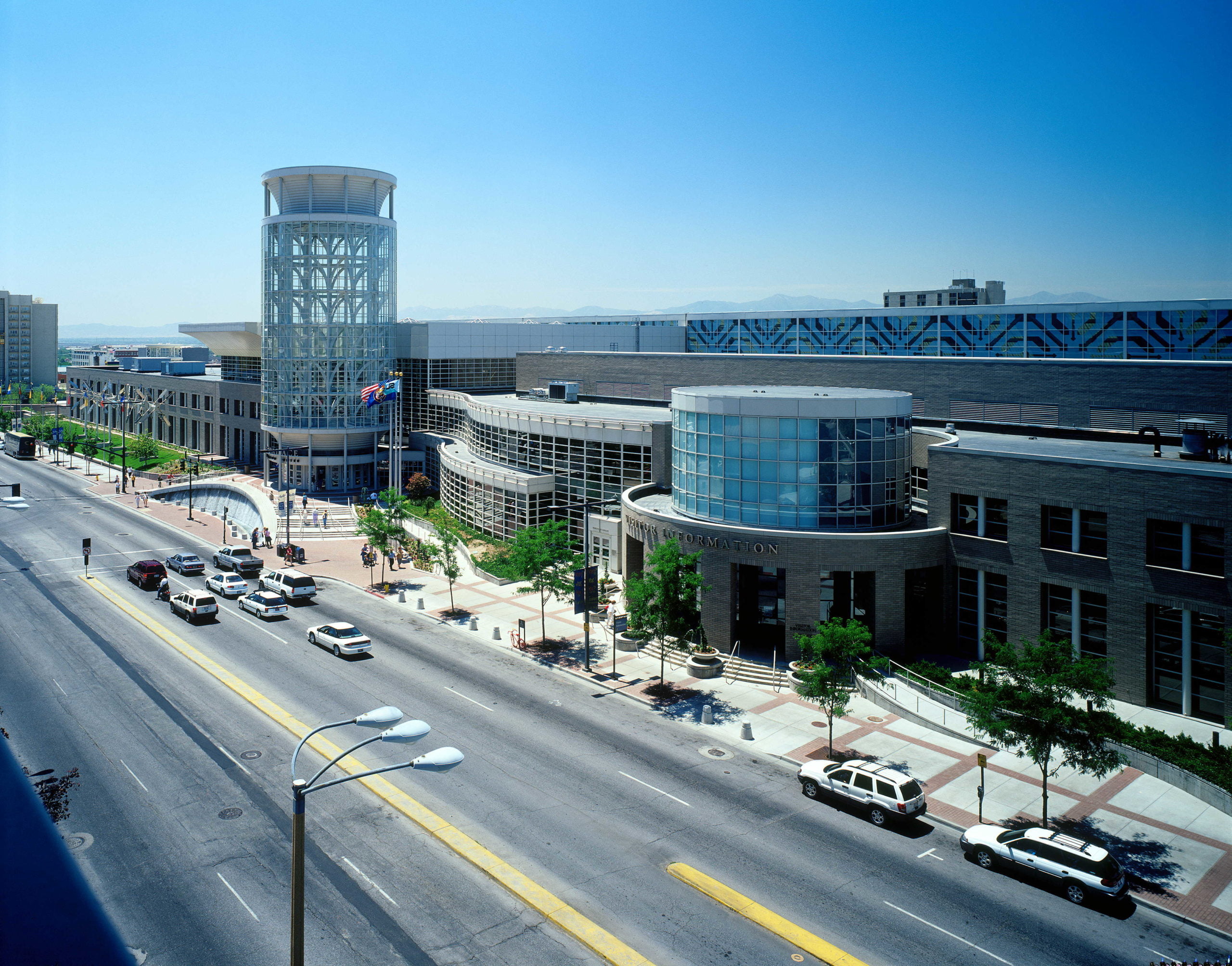 The Aspens of Utah and Morrell Targets were simultaneously quaking at this year’s 2019 NASP® Western Tournament as archers sent their arrows soaring to the bullseye! Student archers, along with coaches, friends, and family, traveled to the highly anticipated and renowned Western National Tournament, located at the Salt Palace Convention Center in Salt Lake City, Utah, for their chance to earn top honors and advance to the Open Championship this summer.

Raelynn Takeda, Utah’s Department of Fish and Wildlife NASP® Coordinator expressed her excitement about the tournament. “Our staff loves this event and it would be hard to keep them away.” The Utah Division of Wildlife Director, Mike Fowlks, added, “NASP® is an integral part of our R3 program here in Utah, and we are proud to host the Western National Tournament. It allows our outreach and law enforcement employees to interact with young men and women of great character and allows these staff to exhibit their passion for their jobs to these young shooters.”

1,252 archers, from twenty-three states, attended this year’s tournament, a 93% increase from last year’s 649 attendees, setting a new record for the Western NASP® Nationals. For thirty-seven schools, this year’s tournament was the first time they’ve qualified and attended a NASP® national tournament. “It is interesting and exciting that the growth of the Western NASP® Nationals is growing in participation and enthusiasm at an almost identical pace as has the Eastern Nationals in Louisville, KY,” says Roy Grimes, CEO/President of NASP®.

Student archers from fourth through twelfth grade formed 12-24 member teams for this competition. Seventh and eighth graders were most prevalent, this year. Since NASP®’s inception, the program has been popular among both male and female students. This year the male to female ratio was 663:589, 53% male 47% female, further demonstrating that NASP® is equally admired among boys and girls! In addition to the bullseye tournament, the International Bowhunting Organization 3D companion event (NASP®/IBO3D Challenge) was also contested with participants from twenty-one states. 752 total archers participated in the 3D event, a 96% increase from last year’s 383 attendees. Again, the ratio to boys and girls was extremely close to 50:50, with 379 boys and 373 girls. What a turnout!

The range set-up and operating procedures are identical at all NASP® tournaments, with multiple, one-hour flights. As archers took their assigned shooting lanes, they shot an “end” (5) of practice arrows, followed by 30 scored arrows, 15 each at 10 and 15 meters. Awards were given to archers in each of the three divisions: Elementary, Middle, and High school, including 1st-5th place individual boys and girls, 1st-3rd place teams, and the tournament’s overall and runner-up boy and girl.

The results of the 2019 Western Nationals Bullseye Competition are below:

The results of the 2019 Western IBO/3D Competition are below beginning with Elementary Division:

Congratulations to all of NASP®’s archery champions! As the 2019 Western Nationals have closed, archers from the Eastern half of the United States gear up for their turn to compete, May 9-11 in Louisville, Kentucky, for the Eastern NASP® Nationals. Scores from both tournaments, Eastern and Western, will then be combined to determine which individuals and teams will advance to the Open Championship, July 25-27 in Nashville, TN, for their chance at winning $175,000 dollars in scholarship money!

Of course, these tournaments would not be possible without the help of untiring volunteers, who spend hours arranging targets and arrows on the range and taping floors to make sure the set-up aligns with NASP®’s safety-specific rules and procedures. NASP® thanks sponsors such as Mule Deer Foundation, Hoyt Archery, Mathews & Mission Archery, Easton Technical Products, Whitetails Unlimited, Academy Sports and Outdoors, BCY, Feradyne, EA Promos, Rinehart, and American Whitetail Targets, who all provide support, equipment, and awards for NASP® tournaments. “Agency staff from the Utah Division of Wildlife provided terrific assistance to make the tournament possible and interacted very positively with the student archers,” responded Kevin Dixon, NASP®’s Tournament Director.

Tommy Floyd, Vice President of NASP® received substantial positive feedback from archers and their families who participate in this tournament. “The excitement from participants and attendees at the Western Tournament was contagious! NASP® is committed to expand our offering of a national event to a western location and are so pleased with our success and growth. Based on the feedback that I received this weekend, we are definitely on the right track! I expect big growth for the Western National Tournament in both bullseye and the IBO 3D events. We believe we have great days ahead. It reminds me of what I heard in Louisville during the early days of NASP® – A lot of excited people telling me that they are glad they began NASP® at their school!”

Good luck to those archers competing at the Eastern Nationals May 9-11 in Louisville. For more information on NASP® and NASP® tournaments, please visit www.naspschools.org and/or www.nasptournaments.org .

Previous Post: « The “Sky”pe is the Limit: NASP® Archers Compete in an International Skype Tournament By: Lisa Frye, Kentucky State NASP® Coordinator
Next Post: The National Archery in the Schools Program Announces the 2019 Winners of the On Target for Life Awards and Recognition Program. »