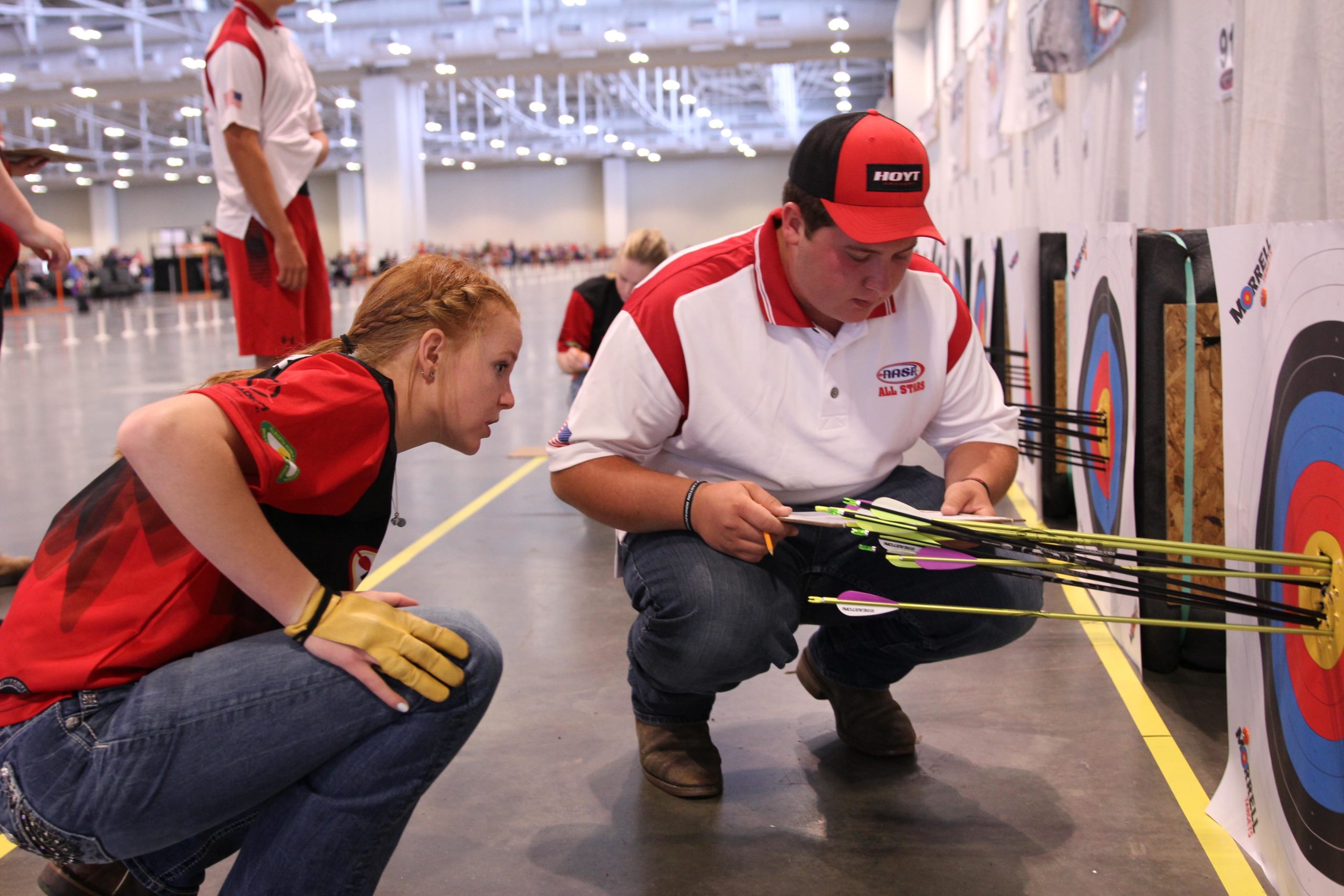 By: Brittany Jones
July 31, 2019
The finest archers among countries participating in the National Archery in the Schools Program were invited to compete at the 2019 National Archery in the School’s Program All-Star Championship at Music City Center in Nashville, Tennessee.  The All-Star event was one of six events that took place July 26th-27 at the NASP® Open Championship. All eleven countries that participate in NASP@ to include: USA, United Kingdom, Canada, British Virgin Isles, Australia, New Zealand, Mongolia, South Africa, Botswana, Namibia, and Zimbabwe were invited to the All-Star event on July 26th.  Canada and the USA were present in Nashville and shot both Bullseye and 3D formats. Namibia, while still in Africa, competed ,and submitted their results electronically.

The All-Star event was at full spectator capacity as the best shooters from these countries “gathered” to showcase their archery talents. Just like at the National Tournament that advanced them to this championship, each archer used Genesis Bows and Easton Aluminum Arrows, designed specifically for NASP® to compete. Bows are free from sights, stabilizers, and other aides to keep the playing field identical and affordable to every archer, just like the NASP® archery class they take at school. Archers shot the same format they shoot at every NASP® tournament, with five practice arrows at both ten and fifteen-meter shooting lines, followed by fifteen scored arrows at those distances. Archers have two minutes to shoot their “end” of five arrows and the highest possible score for an archer is 300, both for Bulls-eye and the NASP®/IBO 3D Challenge. The scores from bullseye and 3D were summed to produce final results and rank. The overall male and female scores and team scores for the USA, Canada, and Namibia are as follows:

Congratulations to all of NASP®’s champions around the NASP® globe! NASP® has long been recognized for increasing academic performance and excellence among student archers, building individual and team confidence, and allowing youth from all different backgrounds to build and maintain friendships with others who share the same interest, archery. NASP® recognizes all the youth who come out and compete year after year, showcasing all of their hard-work spent throughout the year! Roy Grimes, President and CEO of NASP® had this to say regarding this year’s championship and the archers amazing comradery. “The all-star championship once again succeeded in its mission to demonstrate top-notch NASP® archer prowess and noteworthy sportsmanship.”

NASP® gives thanks to all of the sponsors and volunteers, especially the Tennessee Wildlife Resources Agency who came out to support the student archers in Nashville this year! These tournaments would not be what they are without your assistance! For more information and a complete list of sponsors and tournament results, please visit, www.nasptournaments.org.

Previous Post: « Archers and Athens Collide at the 2019 Open & Champions
Next Post: We want to honor all of you, that have lost so much. »