Walt is the CEO of Scales Advertising, a Minneapolis, MN. based ad agency that has been involved in the outdoor and archery industry since the late 1980’s. Originally hired in 1986 as the agency’s Marketing Strategist, Walt worked with many of the agency’s clients including several divisions of 3M. He eventually decided he also wanted to apply his expertise to products he was passionate about and began securing clients in the outdoor industry.

Among his first outdoor clients was Matt McPherson and Mathews Archery. Walt was involved with Mathews from its inception until recently. It was during that relationship that Walt first introduced Roy Grimes to Matt McPherson at an ATA Show, an introduction that eventually led to the formation of NASP.  A Scales Advertising artist designed the NASP® logo that is still in use today.

Perhaps the brand that Walt and Scales are best known for building is YETI, the Austin, TX. based cooler company that defied convention and has become a highly recognized aspiration brand.

Walt grew up in Edina, MN. where he graduated from Edina West High School. He went on to the University of Minnesota and earned a B.S. in Business Administration and an M.B.A. in Marketing. Walt also played on the Golden Gopher golf team where he was a teammate to Tom Lehman.

Walt has also been the Breck High School golf coach since 1982 and is in the Breck Sports Hall of Fame.

Walt and Michele, his wife, live in Edina in the house Walt grew up in. They turkey hunt and fish together. Walt is still an avid bowhunter and hunts whitetails and elk. He is also an avid fisherman and has fished extensively across the U.S. and Canada. And, when time permits, Walt still chases the little white ball around, as well. 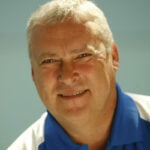