Joel has been involved in NASP® almost since its inception.   His first involvement with NASP® was as a coach.  Then as a board member of the KY NASP® Foundation, which assisted in managing the NASP® program in the state of Kentucky.  Then finally beginning in 2017, joining the board of the national program.

Joel grew up in the farmlands of Missouri and from a very early age developed a passion and respect for the great outdoors under the guidance of his father.  After a 30+ year career in the Financial Services Industry, Joel and his wife Christie now enjoy spending time on their farm in SE Missouri.

Joel’s wife Christie has served as KY NASP® Regional Coordinator since 2006 and their 3 children have all participated in NASP®.  Their oldest daughter Meagan was a runner- up National Champion and has been involved as a NASP® coach for many years.  Their son Nathan was a two-time National Champion and also stays involved in NASP® through coaching.  Their youngest daughter, Kayla was active in NASP®, but faced the sad fate of having to end her NASP® career early because her high school did not participate in the NASP® program.  Joel and Christie have also been working for I.B.O. to promote and grow the new NASP®/IBO 3D Challenge Program.

It is this multi-layered involvement in NASP® that gives Joel a wide perspective when working with the NASP® board to ensure that NASP® continues to prosper and reach as many students as possible. 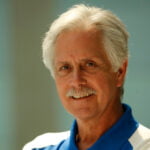 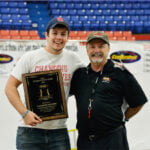