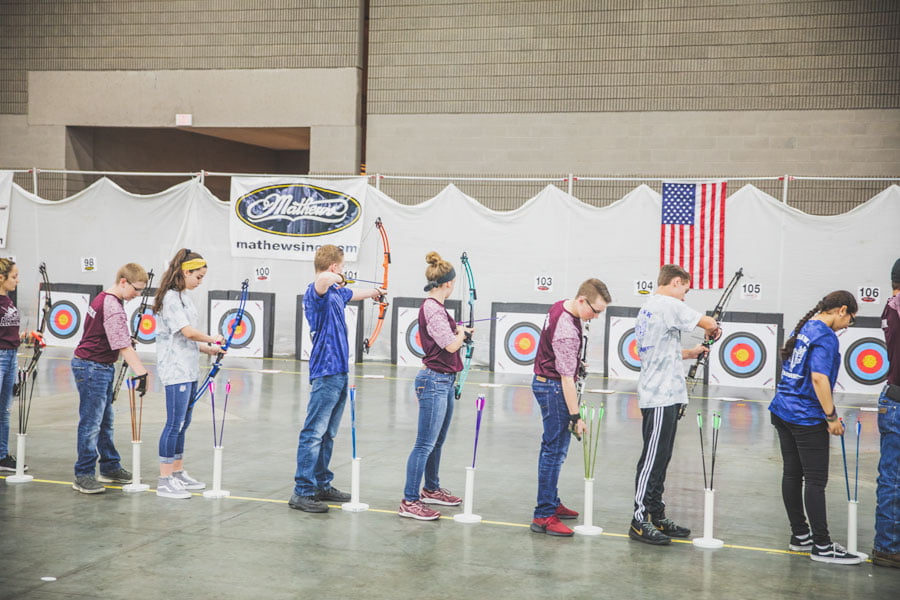 The National Archery in the Schools Program is celebrating its 20th anniversary and is excited to announce its plans to return to in-person competitions!  Since 2002, more than 19 million students have participated in the safe and enjoyable in-school based program.

First-time tournament archers who want to test their aim at a national level event will find positions available each of the three days of the Open Championship with no qualification requirements.

In addition to the traditional individual and team and scholarships that are awarded at the national events, NASP® is delighted to announce that 120 additional $500 bullseye scholarships will be awarded randomly to tournament participants. Upon graduation, archers can apply these funds to any post-secondary educational or training program of their choice.

NASP® President Tommy Floyd said, “We are so excited to again see the thousands of students, coaches and parents attending our national events. We have missed them!  Our two National tournaments generate so much interest across the country and the Open Championship Tournament gives an additional opportunity for archers and teams from each state to participate alongside their peers.  The Open Championship event will give priority flight placement to true first-time tournament archers, as well as archers who qualify from the combined results of our national tournaments. Student archers without qualifying scores at nationals will be ranked by tier and still have a great chance to participate on one of the three days.”

“Based on very positive feedback from last year’s random awards from our virtual and in-person tournaments, we felt that continuing with $500 random scholarships to be a great way to make our 2022 in-person competitions even more exciting. There will be 120 students who will receive financial support for post-secondary efforts just for showing up to shoot. Our NASP® financial sponsors are simply fantastic! They all indicated that they were thrilled to help make this happen for our kids. It is an exciting time to be associated with NASP®.”

Team Scholarships – based on combined results from overall finished from both National Tournaments:

For more information on each of these three events, please visit:

For more information, visit:  naspschools.org or