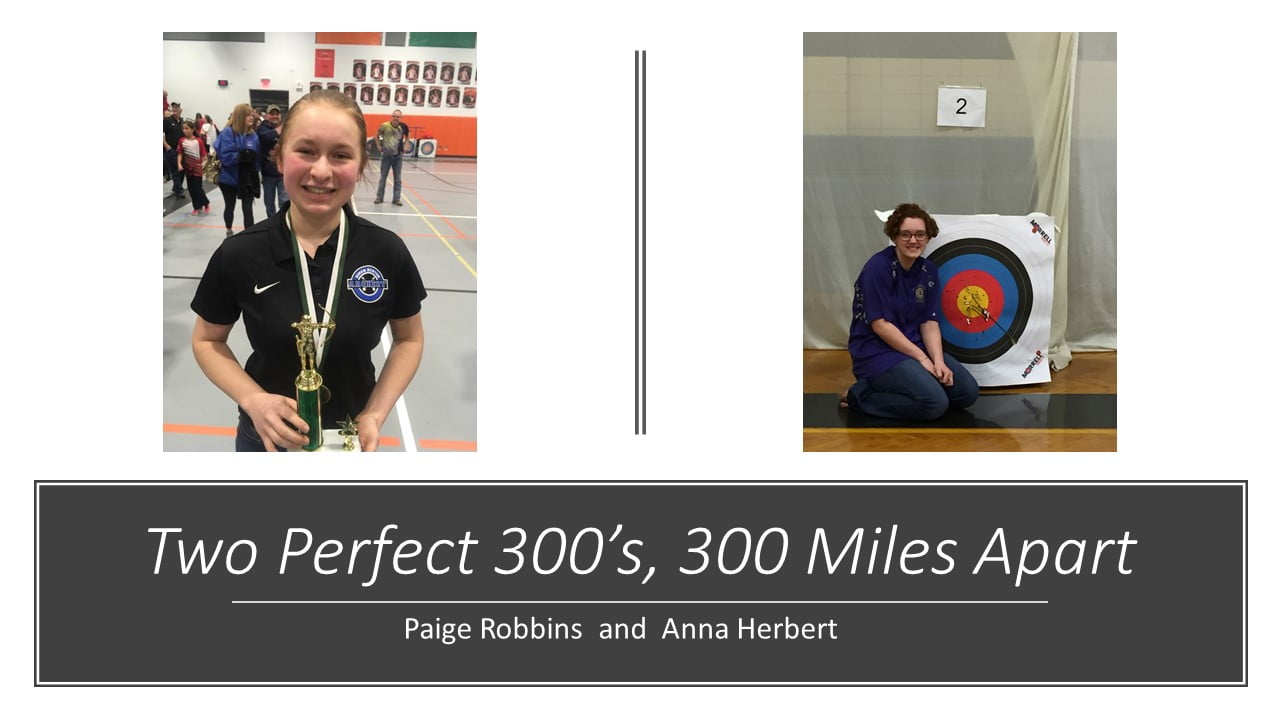 Since NASP®’s inception in 2002, shooting a perfect score of 300 was unheard of. In fact, out of fifteen thousand archers who have shot at a national tournament, the average score was 252—Quite respectable considering every archer uses the same, unaided basic equipment. By 2012 the highest score held achieved was 298 out of 300, by both a male and female. Later that year, NASP® would see the first perfect score, posted by Ryan Long. Michael Downs followed after in 2015, and then in 2018, T. Sanchez joined this exclusive group of archers. Between 2012 and 2018, seven other young men also reached the 300-pinnacle.

NASP® student archers are renowned for breaking and setting records. This habit was perpetuated earlier this year when two more names were added to the perfect 300 club. These pair is even more special because they are the first young ladies in NASP® history to do so. Paige Robbins from Simon Kenton H.S. in KY and Anna Herbert from Fowlerville Michigan joined the “300 Club”. A cool coincidence is that these young archers attend schools that are 300 miles apart. NASP® is very pleased and proud of Anna and Paige for demonstrating once again, that NASP® archery is well-suited for boys and girls of most ages, abilities, and backgrounds.

Previous Post: « The National Archery in the School’s Program Press Release “Two Perfect 300’s, 300 Miles Apart”
Next Post: “Arrows Soar Through the Quaking Aspens of Utah, for the 2019 Western Nationals” »