Patrick has been actively involved in NASP® since 2004. In his roles as a software developer, parent, coach, state coordinator and Training & Technology Director, he has seen the impact that NASP® has had on thousands of students, parents, and teachers.

Patrick was first introduced to NASP® in 2004 when he was asked to develop the initial software used to score NASP® archery competitions while employed by the Kentucky Department of Fish and Wildlife Resources (KDFWR).  He later helped coach his son’s middle school and high school archery teams.  Patrick took over as the Kentucky State NASP® Coordinator in 2012 and served in that role until his retirement from KDFWR in August 2016.   Patrick now serves as the Director of Training and Technology for NASP®.  In this role, he works closely with hundreds of schools and state agencies conducting competitions and manages other computer related projects for NASP®. 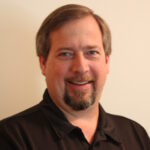 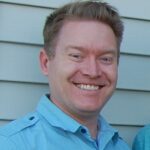