The 2016 On Target for Life Outstanding Alumni Award winner is Cameron Peyton from Lawrenceburg, Kentucky. Below is an excerpt from his nomination, illustrating the kind of impact he has made as a NASP® mentor. Cameron was recognized at the 2016 NASP® National Awards Ceremony in Louisville KY on May 14, 2016.

His nominators said, “Cameron continues to support our ACHS Bearcats. When he is home from college, he stops by to join an archery practice, chats with the team, and gives encouragement to those who may be struggling with form, concentration, or whatever an archer may feel comfortable discussing with him. He not only comes back for practices, but has made appearances at multiple tournaments to watch/support his friends & former team as well. He gives us inspiring pep talks & even leads us in prayer on occasion to help boost our moral & set our minds in a positive attitude when our nerve/stress levels are running at al all-time high. Overall, Cameron is someone I look up to & strive to be like.”

“Cameron was the 2012 National Archery in the Schools Program NASP® High School Boys World Champion as well as the 2013 Regional Champion. He also represented the United States as a member of the USA NASP® All-Star Team, which competed in South Africa in 2013. He has won many medals, awards and titles thru NASP®. He continues to give back to the program by assisting the elementary school archery team coaches in our district. He has also assisted with other events outside of schools for disabled children who have wished to try archery as well as at Cardinal Hill Rehab Center with patents using archery to recuperate.”

The National Archery in the Schools Program is proud to recognize Cameron Peyton for his role as an alumni/mentor and positive example to members of his local NASP® program. Cameron will receive a $500 College Scholarship from NASP® to the college of his choice. 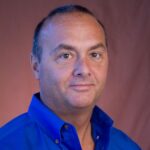 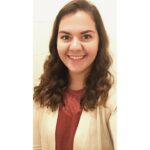