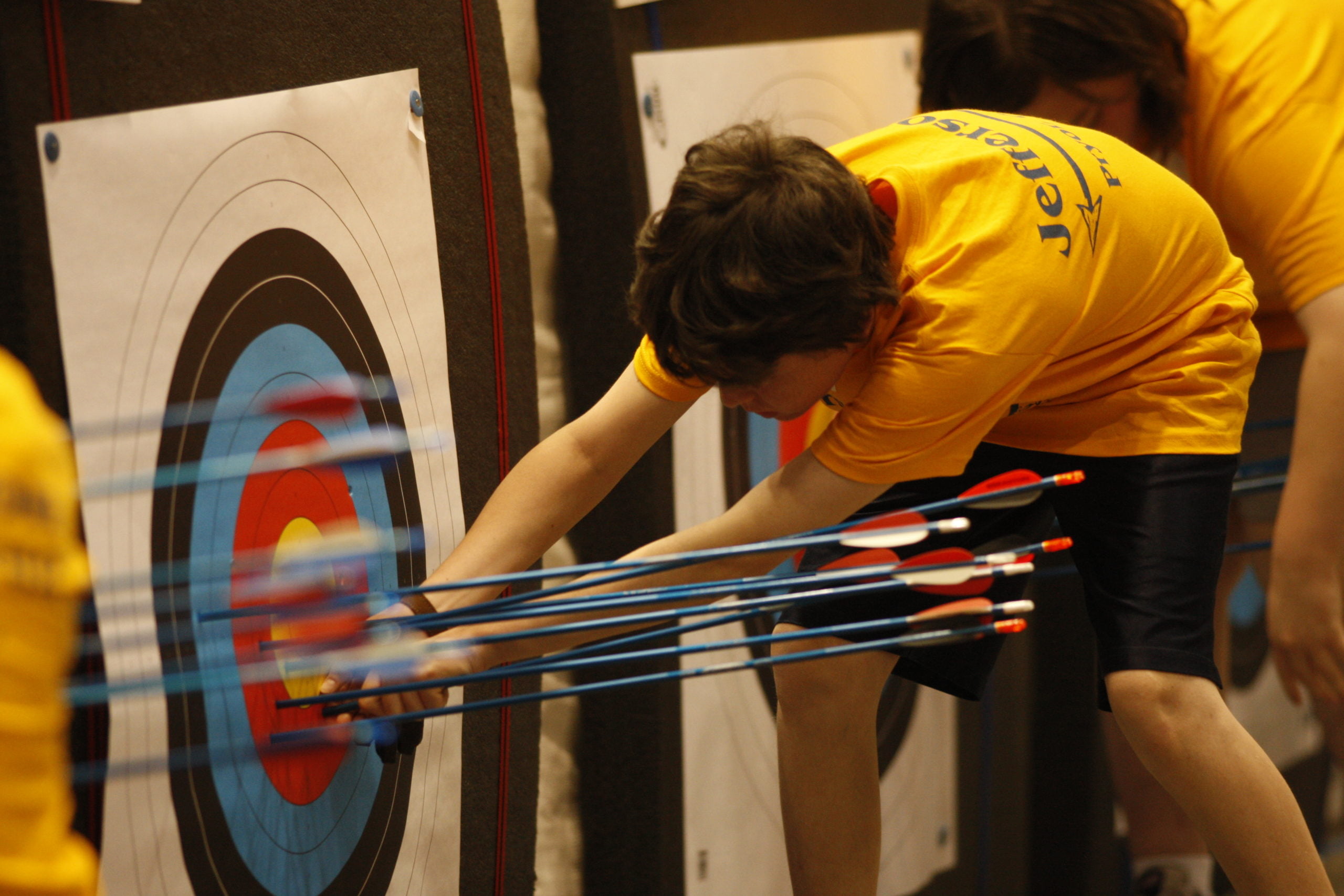 In June 2002, four months after the launch of the National Archery in the
Schools Program in twenty-one schools, NASP® held its first archery
tournament. That event attracted 40 student archers to the Mercer County, KY Fish & Wildlife Club for an outdoor event. The archers shot from 10 and 20 yards.

Fast forward to 2019 and by the middle of this May more than 330,000
NASP® archers will have shot in a minimum of 1,099 local, regional, state, and national NASP® tournaments. The average number of shooter participants at these contests is just a bit over 300 kids! This average is greater than most of the largest tournaments hosted by some archery organizations. These are conservative numbers because they include the tournaments NASP® knows about because they used our tournament software, https://nasptournaments.org

Many of these tournaments are organized by teachers, parents, and
coaches representing some of the 14,000 NASP® schools. They are conducted to provide the students with more fun, competitive practice, and to raise travel funds to support tournament teams. Some schools have raised as much as $30,000 in a spring season to cover travel expenses to state, regional, and national tournaments. It is the goal of some travel team leaders that student archer expenses are held at ZERO!

Previous Post: « The National Archery in the School’s Program Press Release “Two Perfect 300’s, 300 Miles Apart”
Next Post: “Arrows Soar Through the Quaking Aspens of Utah, for the 2019 Western Nationals” »